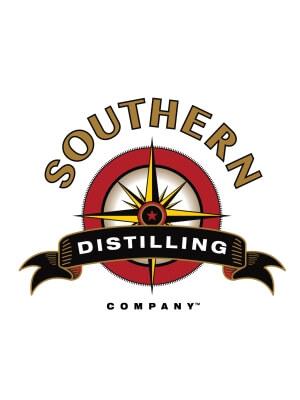 Statesville, North Carolina was once known as the "distilling capital of the world" during the pre-Prohibition era. However, it has been more than a century since Statesville residents have been able to lawfully purchase and consume locally distilled spirits. That fact will soon change thanks to Pete and Vienna Barger, owners of Southern Distilling Company.

Southern Distilling Company, a new craft distillery located six miles from historic downtown Statesville, will open its doors to the public for a soft opening at the end of August 2016, and an official grand-opening in January 2017. Southern Distilling Company is located in a 25,000 square-foot glass-fronted facility, on 20 beautiful acres overlooking I-77, at Exit 54. The distillery will boast two copper and stainless steel distillation systems, a 40-foot tall column still and a small batch pot still system, which will produce bourbon, rye whiskey, fruit brandies, and other tasty products. Southern Distilling Company will also offer distillery tours, a tasting room, and a gift shop selling merchandise and bottles of the spirits.

Four years ago, Southern Distilling Company was simply a dream shared by lifelong Iredell Country resident Pete Barger and his wife, Vienna. The Bargers were interested in establishing a family business that would contribute to their local community of Statesville. Given Statesville’s deep-seated heritage in the distilling industry, Pete and Vienna set their sights on opening Southern Distilling Company.

In order to make Southern Distilling Company a reality, Pete and Vienna began looking for a lender for their start-up. They looked into larger banks with conventional loan options, but they decided that a regional bank would be much better fit. They were connected with a Business Development Officer at FNB Small Business Finance, who put the application together for their SBA 504 loan. With their expertise in small business lending, the Bargers were able to close on their loan for the construction and equipment for the new distillery.

Vienna had this to say about working with our BDO:

It's great to have them on our team. From the beginning, they were always ready and willing to help. We appreciate their belief in our business plan and business model. Even though there were bumps in the road, the entire FNB staff was positive and supportive throughout the entire process.