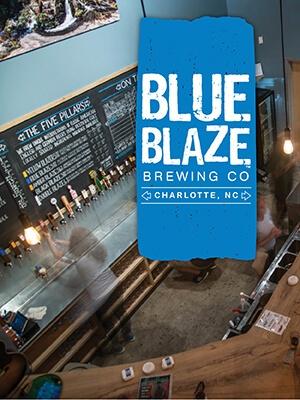 Craig Nunn fell in love with craft beer after tasting the Kalamazoo Double Cream Stout at the famous Bell’s Brewery while attending college in Kalamazoo, Michigan. Sven Giersmann grew up surrounded by craft beer in Münster, Germany, a place where every town had a local brewery. So it is no surprise that they both became strong craft beer enthusiasts in their adult years.

Although born thousands of miles apart, life ultimately wove their paths to Charlotte, NC where they became neighbors and eventually friends. A typical evening would involve Craig and Sven playing their acoustic instruments on the front porch, sipping on their favorite local beers and home-brewing themselves.

Eventually, they began discussing opening their own craft brewery. Not only did they enjoy the art of brewing, but they loved the idea of combining different aspects of their heritages and hobbies to create a popular community-gathering place in Charlotte’s Historic West End.

Ready to get their brewery off the ground, they turned to FNB Small Business Finance after receiving a referral from a friend. Here’s what Craig had to say about working with our Business Development Officer:

They were very helpful. They were overall very accommodating and flexible with our needs. They had a real hometown feel and not the rigidity of larger banks.

With the proceeds from their 7a Construction Start-Up loan, Craig and Sven were able to build out an 8,000 square foot shed to house their brewery, adjacent to the 100-year-old redeveloped Savona Mill, a Charlotte landmark. Their new brewery – named Blue Blaze after a common backpacking symbol – was designed to closely fit in with the greenway, parks, and trails it overlooks.

Blue Blaze Brewery combines all the passions of its founders: a wide selection of beers on tap, as well as beers from other well-known breweries (a strategy that’s new to the industry), a wide porch with rocking chairs and instruments that can be checked out and played by guests, and several subtle nods to the Appalachian Trail and the trail culture from which the brewery derived its name.

If you’re a craft brew enthusiast, a backpacking fanatic, or simply looking for a unique brewery experience, be sure to wet your taste buds at Blue Blaze Brewery.

To learn more about acquiring an SBA loan to meet your company’s needs, contact us today at 855-935-6722 or Visit Our Team Page.